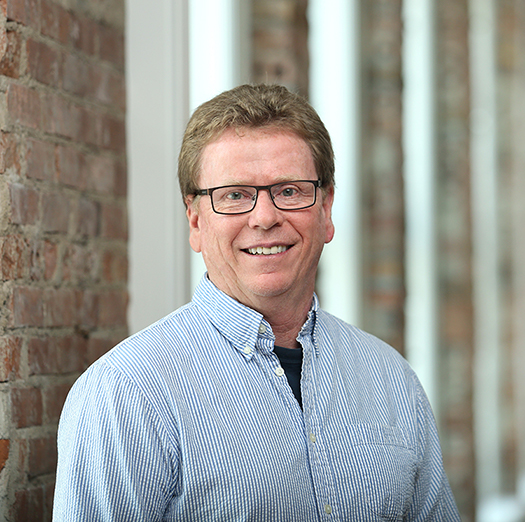 Jim has extensive leadership experience in a range of industries. In his former role of Senior Vice President, he led Face It TOGETHER growth strategies, oversaw business objectives and nurtured our mission-driven culture.

Jim has more than 40 years of experience in private, public sector and nonprofit leadership. Building relationships and leading change have been career-long themes. While at Face It TOGETHER, he ensured the advancement of our mission and business objectives.

Jim shares his passions as an adjunct professor with the University of Sioux Falls, teaching courses in leadership, organizational development and change, and problem solving in management.

From 2007 to 2012, Jim led a groundbreaking cellulosic ethanol project for POET, the world's largest ethanol company. He managed relationships with major project partners, including Royal DSM of the Netherlands, the U.S. Department of Energy and the State of Iowa. He also held federal leadership positions at the U.S. Geological Survey (USGS) Center for Earth Resources Observation Systems (EROS) in Sioux Falls, SD for 22 years.

Jim and Diane, his wife of 41 years, have two children and two grandchildren, all living in Sioux Falls. Jim is also an artist.